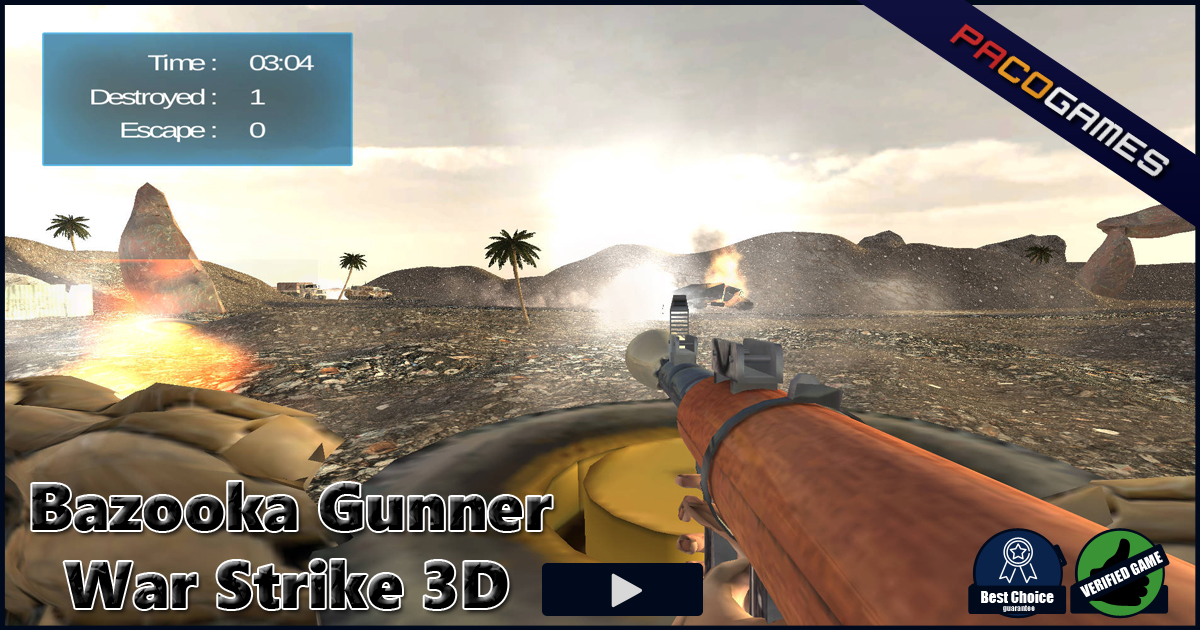 Bazooka Gunner War Strike 3D is a crazy action game! Support your base by deflecting strong attacks of the enemy by targeting their mechanized brigades and blow up their tanks and mobile forces. Be ready to engage in action packed battles by being the best gunner. Your modern army set up an ambush to inflict maximum casualties on the enemy mechanized brigade forces which are passing through dangerous terrain. Your are supposed to take a defensive role, strike and shoot the enemy before they attack your barracks. You are assisting as an elite commando unit to protect your borderline desert area. This is the real game of war in which you can strike, shooting and kill the monsters vehicles and Jeeps which convoy and transport the ammunition to enemy base. Have fun.