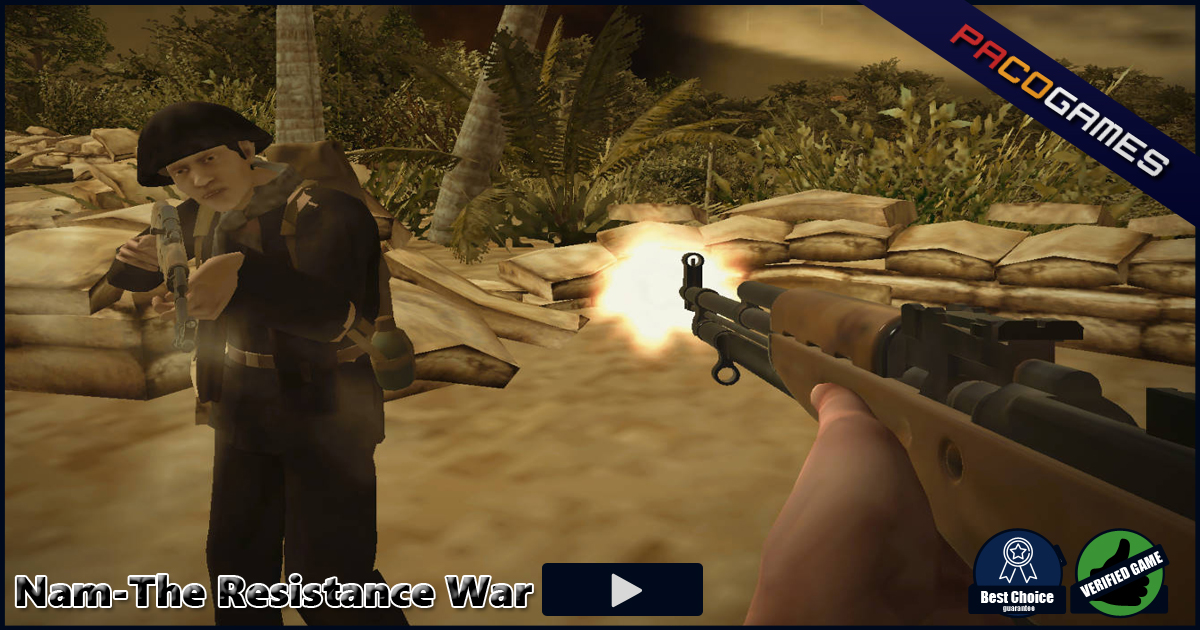 The end of World War II. For civilians it means joy that the war ends, for military leaders it means to start with peace negotiations. A Free Democratic Republic of Vietnam is formed under the leadership of Ho Chi Minh. But the French don't want to get rid of its colonies. Finally, France is defeated and Cambodia, Laos and Vietnam are formed in Indochina. Unfortunately, the country of Vietnam was divided by the parallel to South and North Vietnam. A country without unity can mean losing of its freedom again. Communist ruler of North Vietnam Ho Chi Minh sees it and tries to unify Vietnam. But all of this has resulted in further resistance that the US did not want to just observe as they were afraid of the power of Communists. So in 1964, the Vietnam War officially started, which continued for next 11 years. You are becoming a soldier of this bloody historical event right now. It is up to you whether you choose to fight on the US side, or on the side of Vietnam. Be a hero, play this multiplayer game, and do not forget to invite your friends too. Fighting for independence and freedom is always worthwhile! Show heroism for your nation! Have fun. If you like the game try a new part Nam - Bare Feet Iron Will.

Opmerkingen over Nam - The Resistance War